Renewable energy firm Greenko Energy is set to develop a Rs 30,000-crore hybrid project in Rajasthan of which one will be a pumped hydro storage project of 2,520 megawatts (MW) capacity estimated at Rs 11,882 crore. The facilities will store excess solar energy available in the daytime and the same can be availed even when there is little or no sunshine. The proposed hydro project is to be developed at Shahpur, Baran district of Rajasthan.

Greenko is an Indian renewable energy company with headquarters in Hyderabad. The firm has replaced fossil fuels with integrated decarbonized energy and grid assets enabling sustainable and affordable energy, with a net installed capacity of 6.2 GWdc across 15 States in India. The company has already initiated Integrated Renewable Energy Storage Projects in Karnataka, Madhya Pradesh, and Andhra Pradesh.

The storage facility will be a Standalone pumped storage project of 2520 MW. It will use 1.7 TMC of water but will not be consuming water as the same will be cycled between the top and bottom reservoirs. Even as the storage facility is fractional of the production capacity, it brings a new dawn to the solar energy sector.

“The project when completed by 2023-24 will be the world’s largest renewable energy asset and would contribute to the state’s efforts as a model in the adoption of solutions for a sustainable future,” said Anil Chalamalasetty, founder, managing director and chief executive officer, Greenko Group, in a press release.

He added that integrated renewable energy storage projects would ensure achieving long-term stability and reduction of electricity prices by about 20 percent nationally while enabling grid stability, security, and feasibility for a future of deep decarbonization of the country’s energy sector.

Pumped hydro storage allows energy from intermittent sources such as solar, wind and other renewables to be saved for periods of higher demand. Greenko Group has a current operational capacity of about 7 gigawatts (GW) and a pipeline of about 8 GW.

“Among the projects seeking the policy advantage is a hydropower-based storage project proposed to be developed in Baran district of the state. It will be the first of its kind integrated project in the country with a combination of solar, wind, and hydropower for uninterrupted power supply,” said Subodh Agarwal, chairman and managing director of RREC.

Rajasthan has set the target of 30,000 MW solar power projects upto 2024-25. The release added that the generated power will be used by distribution companies (discoms) or other entities to meet their demand and for the fulfillment of the renewable purchase obligation as determined by RERC under the Solar Policy.

Aditya Birla Group Is Planning To Invest Rs 700 crore In...

Jewelry Brand Tipsyfly Pivoted Its Production From China to India 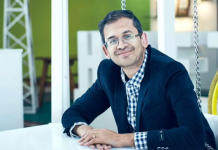 Mensa Brands Is Expected To Raise USD 20 million In Funding... 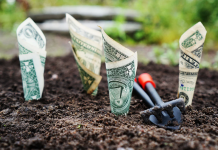 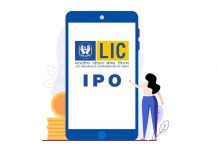 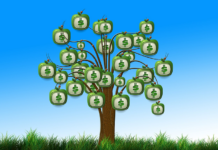