Days after the government announced a mega incentive package to bring in semiconductor investments into the country, Anil Agarwal’s Vedanta Group has said that it will invest up to Rs 60,000 crore to set up a sophisticated chip and glass manufacturing ecosystem in India over the next three years.

It is also finalizing technology and equity partnerships and joint ventures with top fabrication makers across the world. This is Agarwal’s second attempt at bringing in semiconductor investments into India. The fresh charge will be led through AvanStrate, a Japanese glass substrate manufacturer that Vedanta had acquired in December 2017 from the Carlyle Group.

“We are in the last stages of negotiations with various state governments for setting up a factory that would require between 250 acres and 400 acres. Overall investments into the project will range between $6 billion (Rs 45,000 crore) and $8 billion (Rs 60,000 crore) in the first two phases, following which we will carry out further assessment of the market for expansion,” Akarsh Hebbar, managing director of AvanStrate, told TOI.

Also, Read This: Make Semiconductor Chips In India And Get Cash Incentive Worth USD 1 Billion

Hebbar said AvanStrate is in discussions with governments in Haryana, Gujarat, Maharashtra, Telangana, Tamil Nadu and Karnataka for setting up its factory and for incentives. “We are hoping to get an additional 10-15% capital investment support from the state where we invest, apart from the central government’s subsidy.” The investments will be for large facilities for display glass and fabrication chips, apart from an LCD module plant, Hebbar said, and added that the company is in talks with top global semiconductor manufacturers such as Taiwanese makers TSMC, United Microelectronics Corp and Foxconn, Korean LG and Samsung, and Japanese Sharp.

The talks could result in technology partnerships, or combined equity investments through a joint venture. “We intend to finalize our plans over the next couple of months.” Hebbar said the Vedanta Group and its chairman Agarwal are bullish on the prospects of the semiconductor industry in India, especially in view of strong demand from the consumer electronics segment, automobile industry and allied sectors.

India does not have a chip manufacturing ecosystem, despite being a significant consumption market for semiconductor-led industries, and depends solely on costly imports. “The funding from our group’s side will be through equity and debt, apart from potential partnerships,” Hebbar said, adding around 80% of production will be used for domestic market, while rest will be for exports.

Also, Read This: IT Manufacturing Is The Key For India To Achieve The Target of USD 5 Trillion Economy

Bangalore-based Jiraaf Bags USD 7.5 Mn In Its Series-A Funding Round

Spacetech Startup Skyroot Aerospace Bags Over USD 50 Mn In Its...

Bengaluru-based ElectricPe Bags USD 3 million In a Seed Round Led... 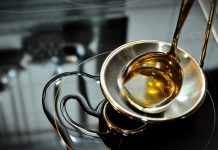 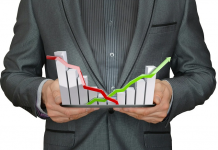 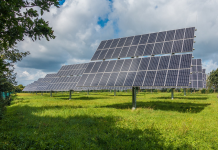 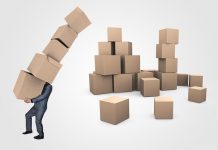 Edtech Startup Kreedo Bags USD 2.3 million In Its pre-Series A...